Vivien has worked in private practice, as a Teacher and Energy Healer, since 1983. 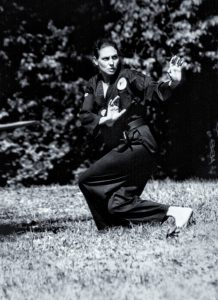 Born in Cape Town, South Africa, Vivien moved to the USA in 1991. She obtained her degrees in Psychology at the University of Cape Town (M.A. 1984) and completed her training in the Alexander Technique at the Constructive Teaching Center in London (Certified 1983.) In addition to these academic pursuits, Vivien studied martial arts, achieving a 4th degree black belt in Taekwondo; with past lives author, Brian Weiss, and with crystal author, Melody, 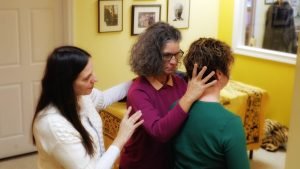 As an accomplished practitioner, Vivien is also a teacher of teachers: In 1993, Vivien and her husband, Neil, founded Alexander Technique of Cincinnati, a school for training Alexander Teachers, and in 1999, Vivien founded FourWinds Academy for the Healing Arts & Sciences, a school for training Healers. FourWinds Academy incorporated as a 501(c)3 in 2000. 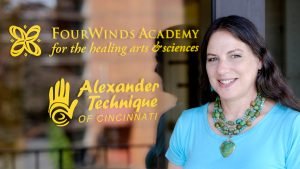 Vivien has published several books: How to Establish and Maintain a Strong Client Base (1996); Everyday Magic (2002); How to Lose Weight and Gain Money A Program for Putting Your Life in Order, with co-author Drew Logan (2004) and Guided Lessons for Students of the Alexander Technique, with co-authors Nancy Dawley and Neil Schapera. Vivien writes articles on request for newspapers and magazines, most notably The Energy of Money for Massage & Bodywork (2004) 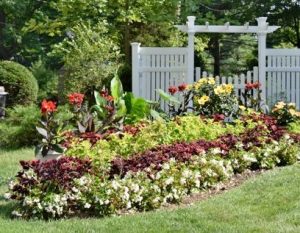 Crystals and stones populate every corner of Viven’s work and home life, but Vivien is not only in tune with crystals and minerals. Vivien and Neil live in close harmony with the animal and plant kingdoms too – they have 2 rescue cats, Birdy and Wolfie, and from spring to fall they are avid gardeners.

To add dimension, in an annual cycle, Vivien and Neil immerse themselves in each of the kingdoms: At the end of January they go to Tucson for the gigantic gem and mineral trade show; then, they return to South Africa and go on safari, and over Christmas, when the Midwest is blanketed in winter, they visit an island in Florida to enjoy their love of Nature 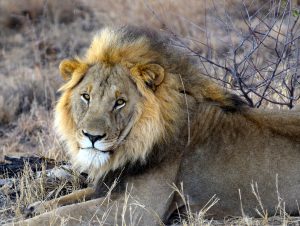 Each of the kingdoms is a major resource to them – providing a special way to rejuvenate the spirit and recharge the soul.

A Note from Vivien: Crystals and Me

Crystals first introduced themselves to me, in a most spectacular way, when I was 10 years old:

“As we walked from Carl’s kitchen to the back yard, I stopped and stared. In front of me a pile of glowing pink rocks rose out of the dust. Succulents grew in the crevices – a rose quartz rock garden.” (p. 10, Everyday Magic, 2002)

This happened on a trip to Namibia, then known as South West Africa. My father was born in South West Africa and my parents had lived there until I was born. We had gone back to visit their former friends and neighbors.

After this encounter, I knew with utter certainty that the mineral kingdom would become an integral part of my life.

My next conscious encounter with crystals was also on a trip, eighteen years later. I was in London, finishing my training as a teacher of the Alexander Technique, when I went to a “healing” session with a woman called Soozi Holbeche:

“I lay down on the floor and Soozi began by waving a huge crystal over me. I could feel the air swishing around. The crystal mesmerized me with its power and beauty. How did she know what to do with it?” (p. 135, Everyday Magic, 2002)

I was very impressed with how natural and comfortable Soozi was with crystals. She knew how to hold them, she knew when to use them and she knew how to make them work. Again, it was a hundred percent clear to me – I too would learn one day how to hold, use and activate crystals!

After my session with Soozi, I did begin to collect a few crystals here and there. However, I had no idea what to do with them, other than to put them on a shelf and look at them. It was only after I moved from Cape Town, to the USA, that an impulse to use a crystal in a session overcame me: 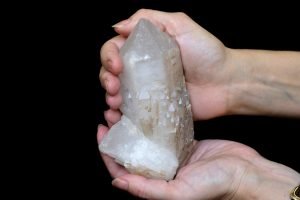 “While I was giving Anne, a counselor, her weekly lesson, my attention was pulled by the milky quartz point that I had bought in Knysna in the old junk shop. I turned to look at it, then looked back at Anne. Again I was drawn to the stone. I found myself walking over to the crystal, picking it up and walking back to Anne.

“I held the crystal over her, focusing on her joints, sensing a magnetic pulsing. The crystal led me, like a dog owner, being taken for a walk, pulled by the dog. We were both hold-your-breath silent. When this spontaneous procedure was complete, I asked Anne, ‘Have your joints been painful? Do you have arthritis?’

Thus began my “formal” training in crystal healing. After that day, crystals came rapidly into my life, claiming my attention. (You can read the full story in Everyday Magic)

I am not one to “make stuff up,” nor am I one to “wing it.” I like to be taught, and I like to learn “the right way.” My crystal education was, however, a complete departure from my usual style. With crystals, ideas would just come into my head. And good ideas too! Not only thoughts in words, but also images and visual sequences, and all kinds of excellent information – information that was useful, information that worked!

Now when I look back, it is clear to me that the crystals themselves have trained me in crystal healing. Additionally, the crystals have used me to download an entire, original body of knowledge, entitled “Crystal Surgery.”

The Crystal Surgery material has since expanded to include a series of Crystal Healing Techniques, designed to take a student systematically from beginner to advanced practitioner.

In writing these techniques for you, I came up against a problem: Those days of not knowing what to do with a crystal and not knowing how to access crystal energy, are so long ago now! I had lost my “beginner’s mind.” Yes, I can teach you all manner of step-by-step techniques, but that is not the way to build a foundation.

“What do I say?” I asked myself, somewhat at a loss. Then, my next thought was: “I know!” At that same moment of asking the question, an idea just seemed to pop into my head: “I’ll ask the crystals what they want me to say! That is what I will do.”

And so here it is, by special delivery, direct from the crystals to you:

Everything you want to know about crystals, but didn’t know who to ask. 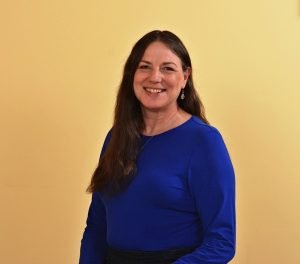 Pay for Stones here
with PayPal 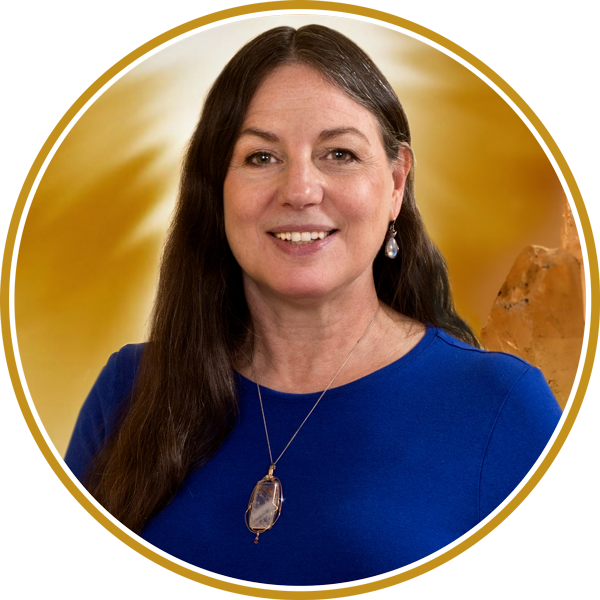 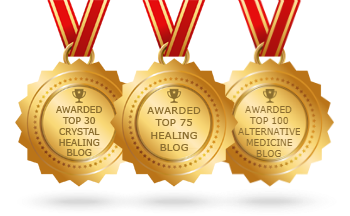 Set a bookmark on your favorite pages